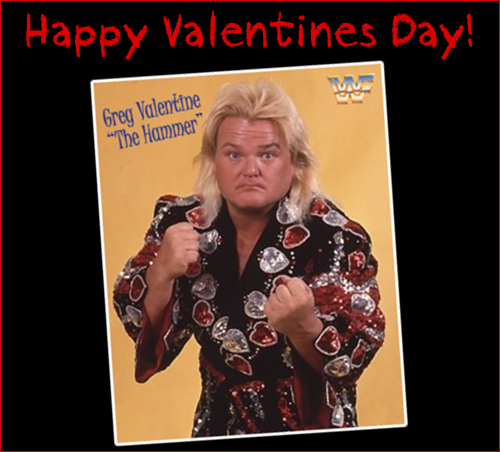 This week in the stereo on the roadtrip we’ve got Hammer Man on. Why? Because Monday is Greg Valentine’s Day of course!

After many years, this was released in 2015 on the WWE: The Federation Era album.

Some may say I’m posting this one a little early given that Valentine’s Day isn’t until Monday. This is your reminder that it’s coming up. We’ve got a podcast coming for you on the day. Don’t say we don’t do anything for you!

That opening hammer sound familiar? It’s the same one used in the signature for Williams Street (a Cartoon Network studio).