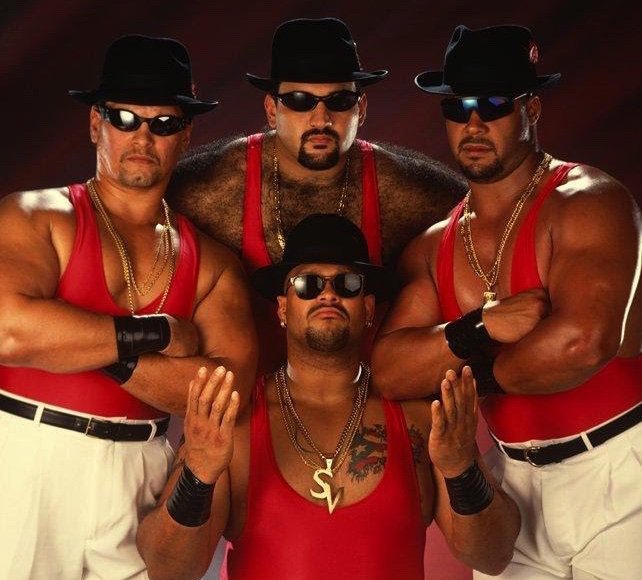 Usually Mr. Chris Man handles the Roadtrip Music posts on the website, but I wanted to show I’m just as hip and happening with what the young people are rapping to on the streets. So, I give you a personal favourite WWF theme from the Attitude era, Los Boricuas.

I’m uncertain as to the actual name of the theme, but it’s a catchy tune, even if you can’t understand the lyrics, as the leader of the faction Savio Vega raps furiously in his native tongue with – presumably – Miguel Perez, Jose Estrada and Jesus Castillo providing back-up vocals.

The group was founded in the wake of Faarooq’s ‘spring-cleaning’ of The Nation of Domination, when he fired both Savio and Crush. As a result, Savio went back to his roots and formed Los Boricuas, a Puerto Rican gang with all second-generation wrestlers. Despite not having a father or other relative in wrestling prior, Vega attained a high level of success for the World Wrestling Council in Puerto Rico before embarking on a career in the WWF.

The Boricuas were a part of the infamous ‘gang wars’ during the Attitude era, where they battled the now all African-American Nation, the white biker gang the Disciples of Apocalypse (Crush’s new gang), and the South African militant group, The Truth Commission.

The group folded in late 1999, but have had a number of reunions outside of WWE over the years.