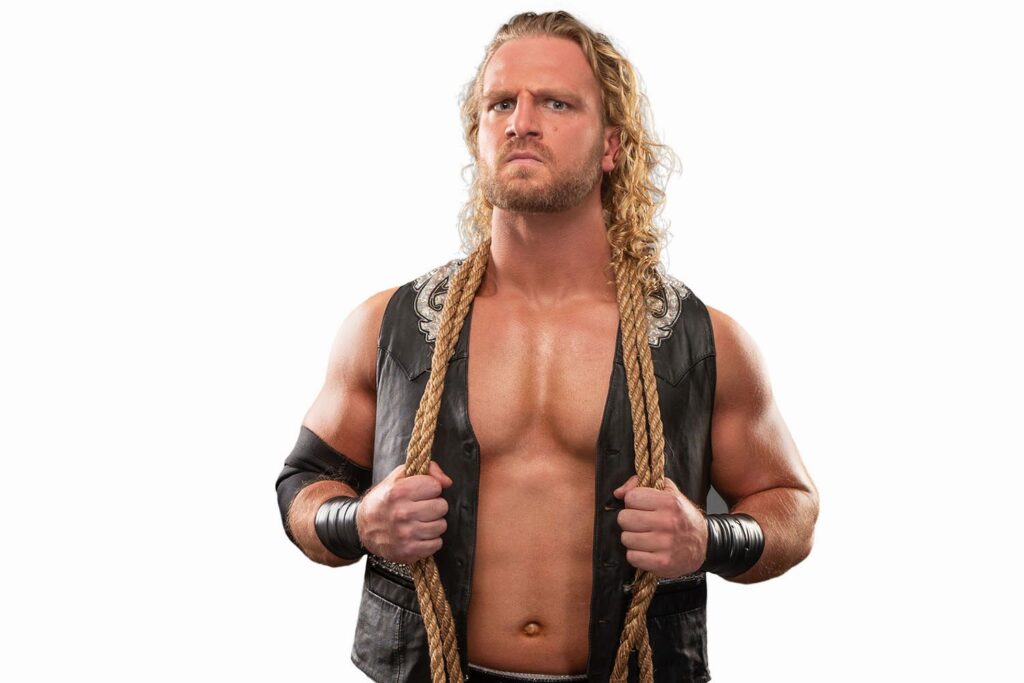 Note: This was written prior to AEW Full Gear – this is not a spoiler.

Today is AEW’s last PPV event for 2021, Full Gear. It may mark the culmination of Hangman Page’s two year journey to claim the World title, or it may be yet another chapter in that book. In the main event of Full Gear, Page takes on his former tag partner Kenny Omega.

Page was in the match to crown the first AEW World champion back in May 2019, where he lost to Chris Jericho. At the time he was aligned with The Elite – the group critical to the founding of the promotion with Kenny Omega and the Young Bucks. Page and Omega began teaming with Page initially being reluctant and won the AEW Tag titles. As the team’s run progressed – Omega began losing interest as Page got more interested. They lost the titles and Kenny Omega decided to focus on his singles career, essentially breaking up the team.

The two met in a tournament final to crown a number one contender and it was Omega who was victorious. He went on to defeat Jon Moxley and become champion.

After leaving the Elite, Page began associating with the Dark Order who he calls friends, though he has turned down membership in the group a number of times. Page rose to the number one contender spot through singles victories and entered a tag match with the Dark Order against the Elite. If Page and Dark Order won, Page and the team of Evil Uno & Stu Grayson would get title shots (The Young Bucks were tag champions at this time). They did not. Hangman rode off into the sunset, spending some time at home while his first child was born.

A ladder match was held with the winner getting a shot at Omega at Full Gear, Hangman made a surprise return to win the shot, and the match is on!

Who wins the match? Tune in to the next episode of The Wrestling Roadshow Podcast to find out as we review the event! (Or you know, order the PPV…) Personally, I’m fully behind Hangman and want to see some cowboy shit!