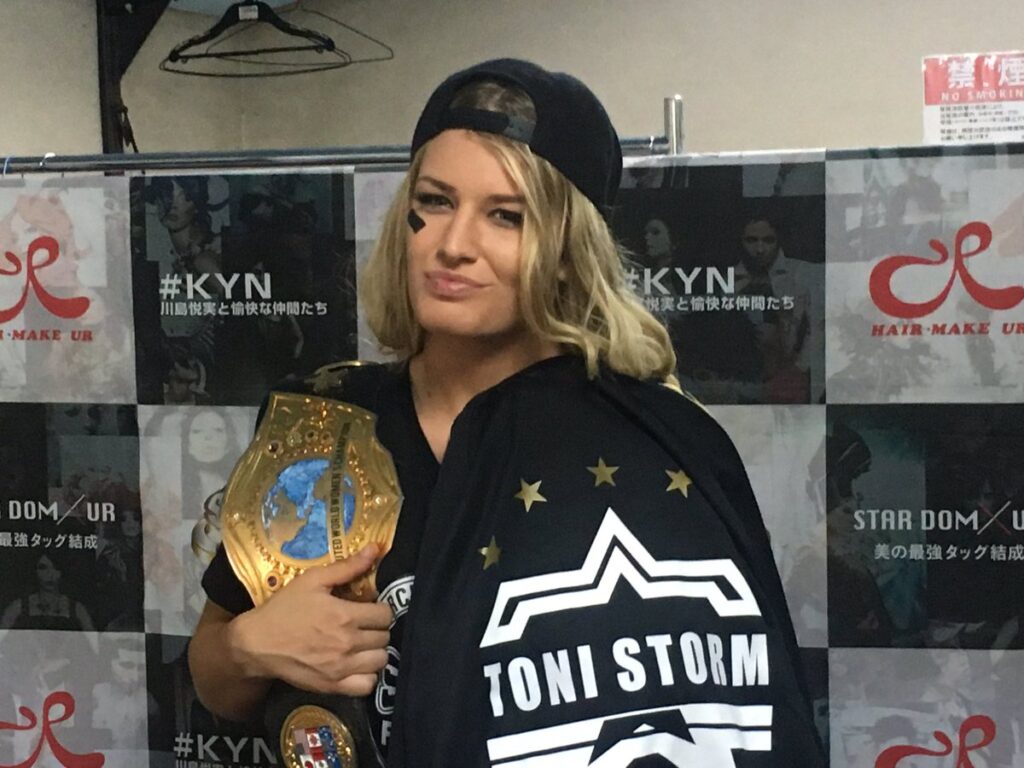 This week on the roadtrip we take a look at one of the themes of AEW’s latest acquisition – Toni Storm!

The Roadshow is an Australian-based website and podcast and we’re no strangers to the career of Toni Storm here. In fact – we remember when she was just Storm! So you can imagine my shock when she turned up as a mystery opponent for The Bunny on AEW Dynamite.

Prior to AEW, Toni worked for WWE where she got exposure on the global stage – but she was already a name around the globe prior through her work in the England and European circuits, Stardom in Japan as they were beginning to catch in the west – and of course Australia where she started her career.

Today we’re going to take a look at one of her Stardom themes, the aptly named It’s a TONI TIME. The theme leans pretty heavily into an 80s hair/glam metal sound which is something that has been a big part of Toni’s career. From her logos and merch to her presentation – and of course music. It’s a TONI TIME was released on Stardom’s 2018 Goddesses of Music album and the in-house production by kuritaka replaced Round and Round by Ratt as her music.

The roadtrip series is taking a break next week, ironically because of an actual roadtrip! Hope you all have a good Easter!