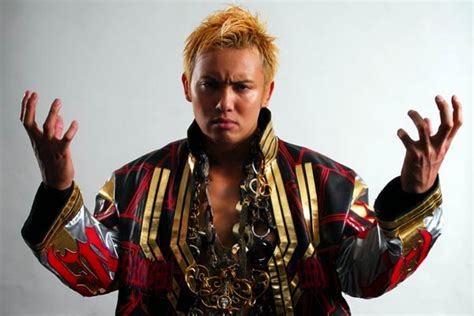 For those that wonder how I make the choice of which song to use for the week, don’t. There’s very little rhyme or reason to it other than not wanting to stick on one topic/genre for too long. Sometimes something news worthy happens (Kairi Hojo), or I tie it in to something currently happening (KENTA). Sometimes it’s birthdays (Maki Itoh) or unfortunately deaths (Bobby Eaton). This week? I just looked outside.

Currently in the Brisbane region – where we park the metaphorical car for this Roadshow we’re on about day four or five straight of what they call a “rain event” that has caused flooding in a city that’s had some pretty big ones in recent history. Given that some lives have been lost and houses have been “inundated” (you wouldn’t last long doing a drinking game on these terms with local news coverage) some may say this is a little insensitive. To that I say, the Russian heels episode of the podcast has been postponed indefinitely.

Kazuchika Okada is undeniably one of the greatest wrestlers of the modern era and already in the conversation for being one of the greatest of all time (that point is a little more contentious). He re-debuted after returning from his overseas young lion learning excursion at Wrestle Kingdom VI (2012) and audaciously challenged IWGP Heavyweight Champion Hiroshi Tanahashi after Tanahashi’s successful defence over Minoru Suzuki. To the surprise of almost everybody, Okada won that match and the title the next month in Osaka. This was the first chapter of one of the great rivalries (I hate that word, but it’s more appropriate than feud here) of the business.

Tanahashi regained the title from Okada a few months later and Okada won the G1 Climax that year – earning him a shot at Tanahashi on the big stage – Wrestle Kingdom 7. Such a big match deserved something a little bit extra – and Okada brought it in this wonderful intro to his already very good theme song. I consider this the full definitive version of Rain Maker. The (2014~EDIT) refers to his usage of the theme at The New Beginning in Osaka 2014 in a successful title defence against Hirooki Goto.

Okada lost the Tanahashi match by the way. Something that proved to be quite a significant detail as the two moved into the future.

I’ve written very generally here, as this is only really an overview to provide background to the song. Okada, Tanahashi, and their interactions well and truly deserve a full article. And at some point I will write one. Until then, jam out to one of Yonosuke Kitamura’s finest as it pisses down rain in Brisbane.