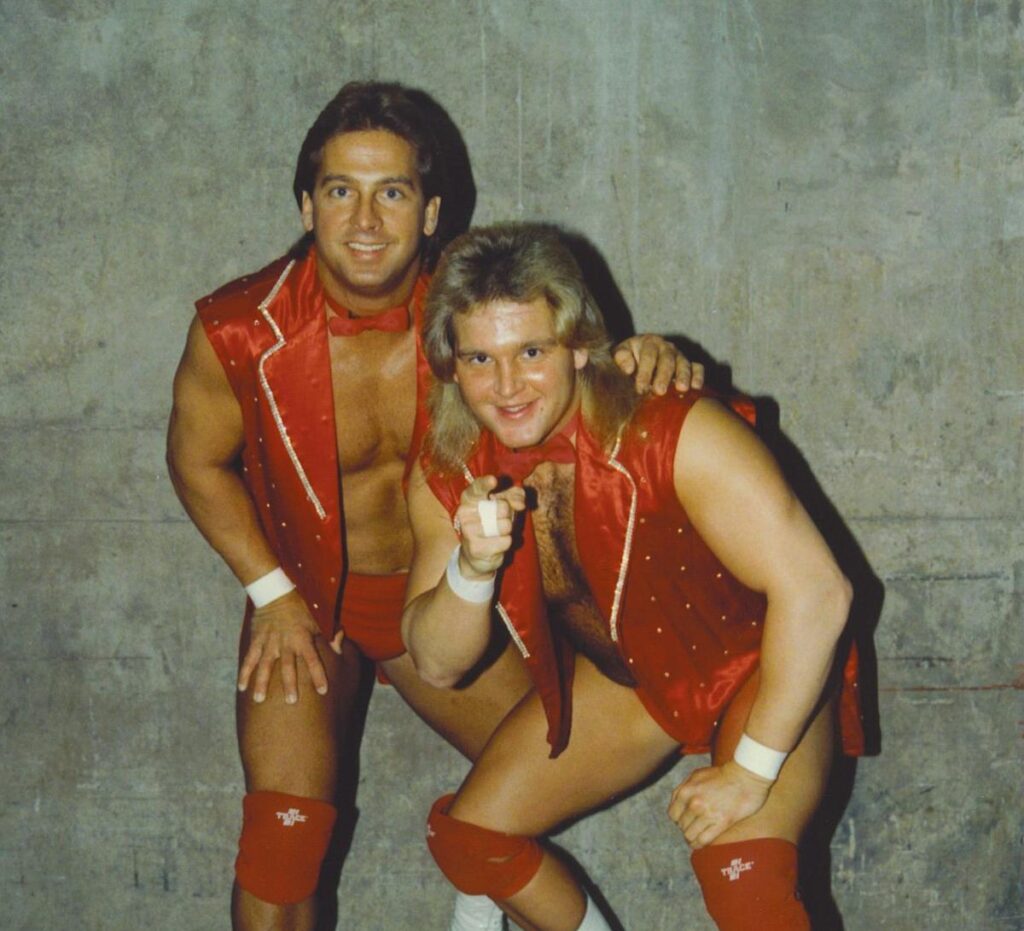 Rock ‘n’ wrestling was the driving force behind Vince McMahon’s expansion (and world domination plans) of the World Wrestling Federation. However, he by no means had any exclusivity in the idea. Throughout the 80s around the territories wrestlers were embracing the idea of entrance music and quite often this was rock and roll. Some territories shot promotional videos of their talent set to rock music. In this case, Mid South Wrestling was the territory and The Fantastics (Bobby Fulton & Tommy Rogers) were the talent. And the music was Sharp Dressed Man by ZZ Top.

Fulton and Rogers used the song as entrance music and one night in Texas were invited to a bar by ZZ Top bassist Dusty Hill. Initially believed to be a prank, they expected to be told to stop using the song once Hill arrived. However Hill was a fan of the team and them using the song.

An instrumental knock-off of the song was also used by Gedo & Jado in Japan.

The reason for this article goes beyond a couple of great teams using an awesome song. Unfortunately Dusty Hill recently passed away at the age of 72.