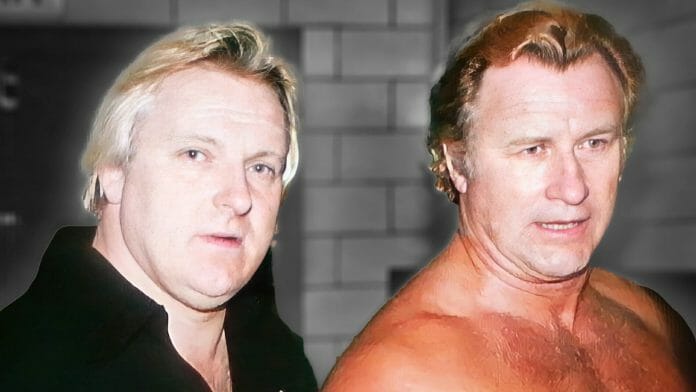 We sometimes hear – especially in the early days of professional wrestling – about ‘shoots’ taking place inside the ring. This was all before it became ‘sports entertainment.’ But there was a time when the wrestlers took the business very seriously, and as a result, so did the fans. There’s been tales of the public trying to get at the wrestlers, or the ‘weasley’ manager at ringside who was closer and a weaker target.

While this kind of heat was exactly what the promoters were after, sometimes it got a little too hot. Such was the case on the date of January 25, 1975, in Chicago. The American Wrestling Association ran an event at the International Amphitheatre, and featured the main event of Nick Bockwinkle (along with his manager Bobby Heenan) against AWA champion, Verne Gagne.

Bockwinkle slammed Gagne and went for the cover. Gagne managed to get his foot on the ropes, only for it to be pushed off by Heenan, and the referee made a three count. Bockwinkle and Heenan celebrated on the ring apron, as Gagne had a word with the official about what happened. The referee restarted the match, Gagne dropkicked Bockwinkle in the back, sending Heenan crashing to the floor, as Bockwinkle fell to the mat and was pinned.

“The next thing I hear is a noise going, pow, pow,” explained Gagne, who quickly bailed out of the ring. Heenan was now back up on the apron yelling at Bockwinkle, who had no idea what was happening to “‘…get the **** out of here! Those were gunshots!’”

The story that appeared in the Chicago Tribune on the 27th got a statement from a thirty-six year old truck driver named ‘Wayne Polski’ (a pseudonym), who attended the show, sitting in the mezzanine section with his seventeen year old son, Greg, and Polski’s friend, John. They spoke throughout the night with a “big, heavy black guy” who sat behind them and seemed friendly – perhaps a little too friendly admitted Polski. The man also gave the impression of being a regular at the matches. But he grew irate with the chicanery of Bobby Heenan, which reached a crescendo when it appeared he had helped Nick illegally win the AWA title.

The man, who Polski also described as “all slicked up like one of those dude pimps,” allegedly said, “don’t worry, I’ll get him down,” pulled out a pistol, and used Polski’s son’s shoulder to steady his aim. Several shots rang out, with none hitting the intended target of “The Brain,” but sadly did not miss some ringside fans.

“He shot a woman in the arm, another one in the chest, two in the neck and one in the thumb. The shots never made it to the ring, it hit the ringside seats before that,” explained Bobby years later. Polski’s son also suffered hearing loss.

Incredibly, not a single person from the over seven hundred people in the section – including Wayne’s friend John – came forward to make a statement. A girl who had sat next to the man had even noticed the gun and asked if it was real, but again, she did not wish to come forward.

Remarkably, while the identity of the ‘slicked up dude pimp’ was known, he was never arrested, and his name never released. Even more remarkably, he was still allowed to attend matches, albeit with police around him.